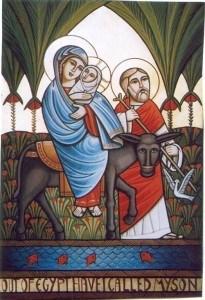 The term “Coptic” is derived from the Greek “Aigyptos” meaning “Egyptian.“ So Coptic Orthodoxy is the Egyptian expression of Orthodox Christianity in the same way that there is Greek Orthodoxy or Russian Orthodoxy.

Orthodoxy is the way to salvation, handed down to the Apostles from Christ, preached by the Apostles to the world and preserved by the saints to this day. Looking at the etymology of the word, “Orthodox” is divided into “ortho-“ and “doxy”. “Ortho” is from the greek work, “orthos” meaning straight and “doxy” is from the greek word “doxa” meaning opinion. It is the Church that was begun by the Apostles of Jesus Christ, and worships in continuity with the earliest Church. In fact, Christianity first began in Egypt after the preaching of St Mark the Apostle in 43 AD.

Orthodoxy is not a denomination of Christianity, in that it was not a “new” or “off-shoot” Church. Rather it is pre-denominational in that it existed before the splits of Christianity.
Orthodoxy or Christianity is far from the common notion of a religion or a way of life, but it is a truth; a reality that stands on its own two feet, transcending the ever changing tide of theory and speculation. C.S. Lewis says, “Christianity, if false, is of no importance, and if true, of infinite importance. The only thing it cannot be is moderately important.” This quote resonates in each of our personal lives, in our pursuit for the truth, because if Christ was not the Son of God and he did not die and resurrect, then, “…then our preaching is empty and your faith is also empty. Yes, and we are found false witnesses of God, because we have testified of God that He raised up Christ, whom He did not raise up—if in fact the dead do not rise. For if the dead do not rise, then Christ is not risen. And if Christ is not risen, your faith is futile; you are still in your sins!” (1 Corinthians 15:14-17). But, if Christ is the incarnate Word of God and the Bible holds the truth, then our lives are radically different. Our perspective of ourselves, of our intrinsic worth and purpose take on a whole new dimension.

Being Orthodox Christians, we put on the mindset of the fathers through our readings of the universal and timeless patristic writings. We take on their thought and spirit as a child takes on the refined thinking of their parent and we apply these kernels of truth to our own modern era. Being fully engaged in society, we discern and sanctify our society, enabling the Spirit to shine in the ever new perspective of the modern era. This removes the perspective of the church being archaic and nostalgic of its past, but in truth, the Orthodox Church is ever new, shining in each generation through the enlightenment of the Spirit and the acuteness of the sanctified mind.
;